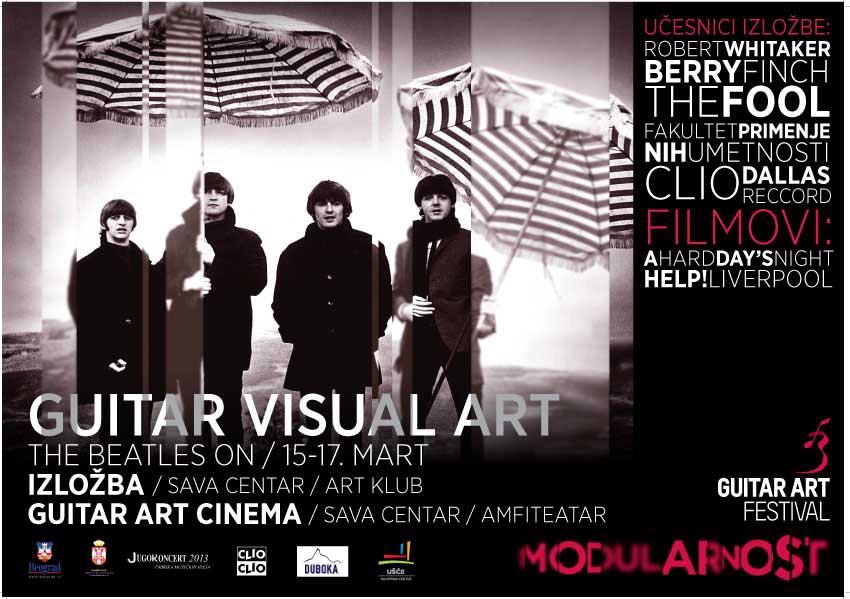 We are including a number of photos in the Guitar Art Festival, Belgrade, Serbia, this week.  Some of our Beatles prints will be on display during the Visual Arts part of the festival alongside Barry Finch’s fantastic clothing used for the Sgt. Pepper album.

Robert whitaker’s well known image of the Beatles holding umbrellas in scotland has been choosen by the festival as their main image.

The founder of the Guitar Art Festival Bosko Radojkovic told Tanjug”Reporter” that he believed that there was no Beatles, there would not be this festival, like many, the Beatles were his motivation to even start to play guitar.

“Through the guitar I discovered the world of classical guitar, it took me to the Academy, after the festival came, and there was that, with his Beatles tunes are absolutely and eternally primary motivation for many composers who worked classics arrangements of their songs from Leo Bauer , the greatest composer of the first guitar, “he said Radojković.
Exhibition at the Sava Center complements the story about the Beatles and their place in the cultural history of the world, points to the influence of this cult band. The Beatles are considered one of the biggest cultural phenomenon of the 20 century a universal value and significance of their musical creativity is reinvented today.