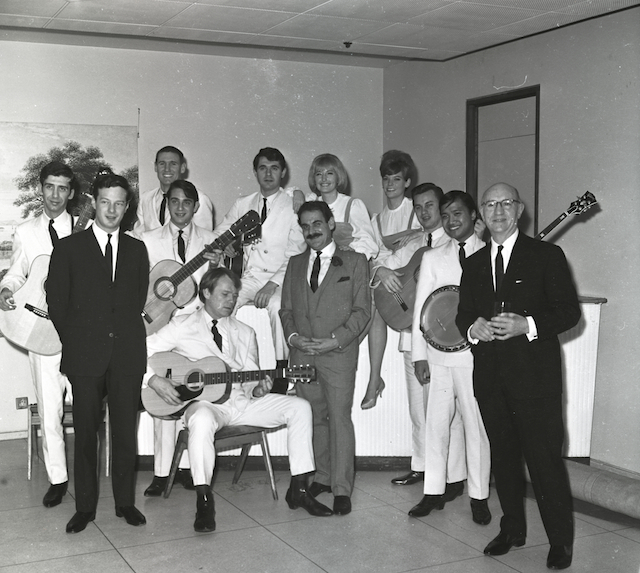 Every now and then we try to show some recently discovered images that make the Robert Whitaker Archive even more interesting.

We would like to Thank Randy Sparks and Tom Pickles for all of there help with information about the band.  Please check  out the articel in our bio section or click on the link https://www.robertwhitakerphotography.com/robert-whitaker-biography/the-new-christy-minstrels/

The New Christy Minstrels are an American folk music group founded by Randy Sparks in 1961. They recorded over 20 albums and had severalhits, including their songs “Green, Green”, “Saturday Night” and “Everybody Loves Saturday Night” (two different songs), “Today”, “Denver”, and a cover of “This Land Is Your Land”.  Their 1962 debut album, Presenting The New Christy Minstrels won a Grammy Award and sat in the Billboardcharts for two years.

The group sold millions of records and were in demand at concerts and on television shows. They also launched the musical careers of several musicians, including Kenny Rogers, Gene Clark, Kim Carnes, and Barry McGuire. – Wikipedia