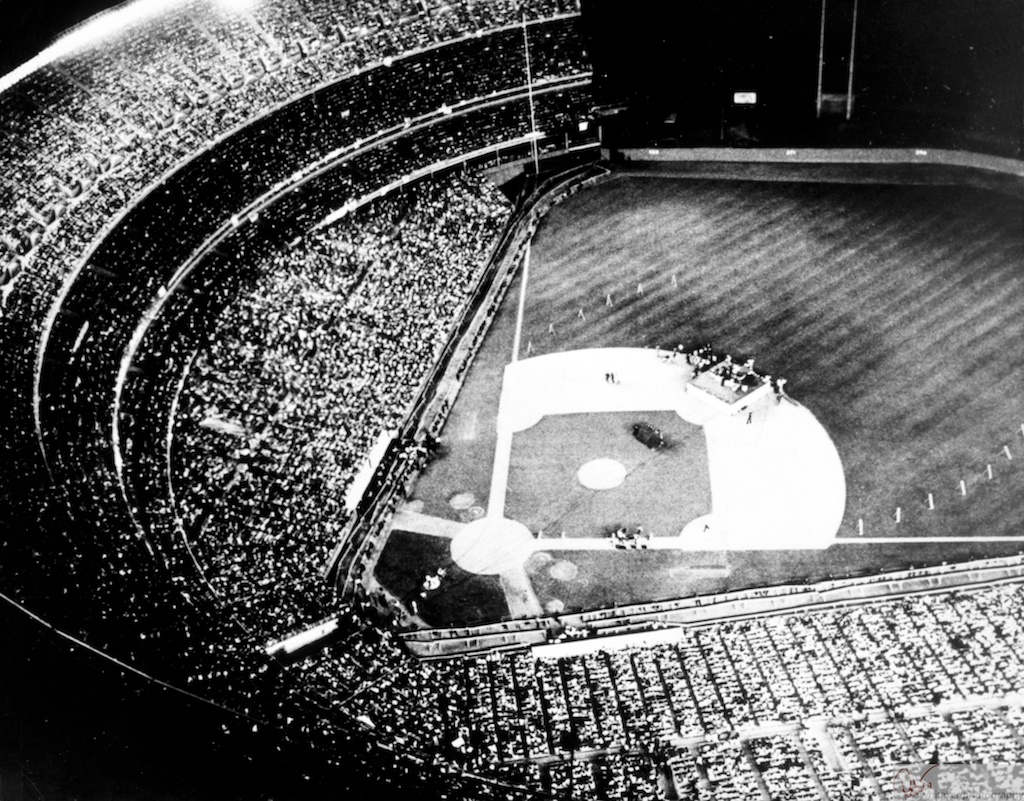 “That shot was taken from the helicopter which had bought us to the venue.  I’d never been to America in my life, and suddenly I was going the The Beatles.  I was really starting to get the buzz of what being a Beatle must be like, because the logistics of moving us around were amazing.  We had to leave the Warwick Hotel, and travel to the Pan-Am building, and then go up to the top, where the helicopter flew us in.  I wish I’d photographed the whole process, but I was just so fascinated with what was going on around me that I forgot to use the camera.  Then all of a sudden we were flying over this stadium , Christ, what’s going on there? it must be a football game.  I took the photo and then we swooped down and I realized that they were all there waiting for The Beatles to land.”